We are open and seeing patients. Please call our office if anything has changed with your health. We kindly request you wear a face covering or mask for your visit.

Todd M. Bescak, D.O., a Board Certified Ophthalmologist, is a graduate of The College of Wooster, Ohio where he received his B.A. in Chemistry. He received his Medical Degree from the Chicago College of Osteopathic Medicine. Dr. Bescak completed his residency at Doctors Hospital in Columbus, Ohio where he also served as Chief Resident. Dr. Bescak has been in practice since 2003. He was distinguished as a fellow by the American Osteopathic College of Ophthalmology and Otolaryngology in 2015 for his devotion to the advancement of Osteopathic Medicine and his professional proficiency, merit, and skills in the practice of Ophthalmology. He enjoys volunteering his time and talents to the underprivileged and under served, taking part in mission work both domestic and internationally.

Dr. Bescak has been one of the preeminent ophthalmic surgeons in the area since that time. He has a particular interest in cataract and refractive eye surgery. He also enjoys comprehensive ophthalmology and correcting vision in the operating room. Dr. Bescak continues to be a leader among ophthalmic surgeons in the area, bringing new technologies, advanced concepts and new products to the shore. He and his partners have incorporated laser-assisted cataract surgery into the practice.

A resident of the Eastern Shore since 2008, Dr. Bescak and his wife Allison live in Berlin. He has 3 grown children, twins – Olivia and Madison, and son, TJ. While an undergraduate, Dr. Bescak played for the varsity basketball team at The College of Wooster. He enjoys running and ran his first marathon in 2011. He and Allison are active in coaching soccer and baseball in Worcester County. He sat on the board of directors for Worcester Youth and Family Counseling Services and is currently a member of the Board of Trustees for Atlantic General Hospital. He has fallen in love with water sports and especially enjoys the Eastern Shore way of living. He is an avid golfer and enjoys traveling in his free time. 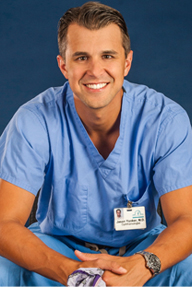 Dr. Jason Yonker is a board-certified ophthalmologist who received his undergraduate degree in chemistry from the West Virginia University where he graduated with Magne Cum Laude honors and was inducted into the prestigious Phi Beta Kappa honor society. He then went on to earn his medical doctorate from West Virginia University. Upon graduation from medical school, he completed his ophthalmology residency at the Kresge Eye Institute in Detroit, Michigan. He was chosen by his peers and faculty to serve as the Chief Resident in his final year of training. After finishing his residency, he decided to take his training a step further by pursuing a cataract and glaucoma fellowship at the Kresge Eye Institute where he performed hundreds of complicated cataract and glaucoma surgical procedures and assisted in educating medical students and residents. Dr. Yonker decided to pursue his love of teaching by accepting a faculty position as an assistant professor of ophthalmology at Wayne State University in Detroit, Michigan. He served as the medical director of ophthalmology education for the university where he was in charge of the medical student curriculum. He also taught the latest cataract and glaucoma surgical procedures to the ophthalmology residents.

Dr. Yonker has published multiple articles in his field and lectured at the state level on glaucoma. He gained board certification in 2008 and is a fellow of the American Academy of Ophthalmology. Dr. Yonker has been accepted into the prestigious American Glaucoma Society which requires a major contribution to the field of glaucoma. He has also received credentialing as a fellow of the American College of Surgeons, which recognizes surgeons who advocate strongly for their surgical patients and perform surgery with the highest ethical standards. Dr. Yonker has also become involved with medicine at the state level by accepting a position as a delegate to the Maryland State Medical Society and serving as the Wicomico County Medical Society’s Vice President. Dr. Yonker also serves as the Atlantic General Hospital’s director of Ophthalmology.

As much as he loved teaching surgery, he longed to be closer to his family and always wanted to raise his family near his parents and sister, all of whom live in the Ocean City area. “I was looking for a practice in the area that provided high quality, ethical medicine with that small town personal touch” and I found that in the Chesapeake Eye Center. He relocated to the area with his talented wife, Dr. Preeti Yonker, who is a very well respected neurologist in Berlin, Maryland. Dr. Yonker is excited to raise his two daughters on the eastern shore alongside his family. In his spare time, Dr. Yonker enjoys competing in triathlons and completed the Ironman in Florida in 2008. He is a member of the Ocean City Marlin Club and enjoys fishing the local Delmarva waters. 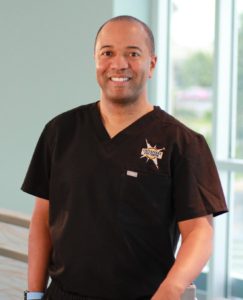 Jason A. Williams, M.D., a board certified ophthalmologist, is a graduate of Hampton University where he received a BS in Biology with honors. He then returned to his home state of New Jersey and received his medical degree from Rutgers New Jersey Medical School. Dr. Williams completed his residency training at the University of Pittsburgh Eye and Ear Institute and has been in practice since 2005.

During his career Dr. Williams has been at the forefront of many ophthalmic procedures. He was one of the first in his area to perform femtosecond cataract surgery and has performed hundreds of such cases since. Dr. Williams also has an interest in refractive surgery and has used his knowledge and surgical skill for over a decade to improve his patients’ uncorrected vision. Dr. Williams was also an area leader in minimally invasive glaucoma surgery, pterygium removal, and premium lens cataract surgery. While in central Pennsylvania, Dr. Williams served on the medical executive committee of his local surgery center and has volunteered in EyeCare America program for almost a decade.

Dr. Williams joined Chesapeake Eye in 2020 after providing quality eyecare in the central Pennsylvania region for over a decade. While he enjoyed his time there, joining Chesapeake Eye Center brought him closer to family. He expects to enjoy all the wonderful activities and local culture. Dr. Williams enjoys traveling, sports, and spending time with his son and fiance’ Cherie.

Jennifer Sim, M.D. is a comprehensive ophthalmologist who completed her residency training at the Saint Louis University Eye Institute. Dr. Sim was born and raised in Washington State, and attended Colby College in Waterville, Maine, where she earned her Bachelor of Arts in Biology with Dean’s List honors every semester. She then studied at Eastern Virginia Medical School (EVMS) where she received her Master’s in Biomedical Sciences along with her Doctor of Medicine degree. At EVMS, Dr. Sim published several retina articles, and received scholarships for her commitment in serving underprivileged communities through the Health Outreach Partnership of EVMS Students Free Clinic and as the president of the EVMS chapter of Lions Club International.

Dr. Sim saw the power of ophthalmology at a young age while caring for her Korean grandmother with cataracts. This experience continues to shape her passion for intimate and patient-oriented care in clinical and surgical management. She strives to treat each patient as family. Dr. Sim is dedicated to thoroughly educating patients on their disorders so that she can make a collaborative decision to aid her patient’s vision and quality of life. In residency, she created translated visit summaries for patients with limited English proficiency to improve communication and health outcomes.

Dr. Sim enjoys cataract surgeries, blepharoplasties, and minimally invasive surgeries.  During residency training, Dr. Sim was not only known for her hard work ethic, but also for her enthusiasm and contagious laugh. Dr. Sim is excited to apply her passion, care, and skills to build positive relationships with the Eastern Shore Community at Chesapeake Eye Center. 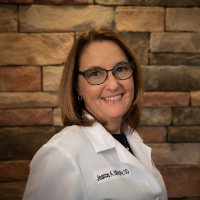 Dr. Murphy, a therapeutic optometrist, is a graduate of Wilkes University. She obtained her Optometric degree from the Philadelphia College of Optometry. In addition to providing general optometric care for Chesapeake Eye Center patients, Dr. Murphy is well versed in contact lens technology and offers options for individuals with difficult fits. Dr. Murphy has been caring for patients in our practice since 1994. Dr. Murphy’s concern for patient care extends outside the office. She is past President of Delmar Lions Club where she chaired the diabetic committee. She has served as Secretary of the Maryland State Board of Optometry, the body responsible for licensing and discipline of optometrists within the state and has also served on several committees of the Association of Regulatory Boards of Optometry. 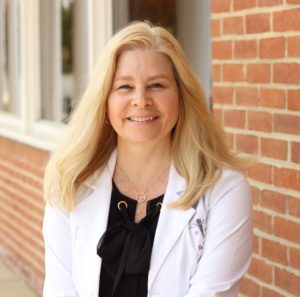 Dr. Tracey Boss lived on the Eastern Shore of Maryland since 2006 when she relocated here from New York with her family. With over 25 years of experience in the field of optometry, she is dedicated to providing the highest quality care in a professional, friendly, and compassionate manner.

Dr. Boss received a Bachelors of Science Degree from Cornell University, as well as her Doctorate of Optometry from the New England College of Optometry. After optometry school, she completed her internship in Boston, Massachusetts. She is board-certified to practice optometry through several different boards, including the National Board of Examiners in Optometry, the International Board of Examiners in Optometry, and the Northeast Regional Examiners in Optometry. Additionally, she is specialty certified in laser therapy for the anterior segment and Control of Infectious Disease, as well as holding an advanced Therapeutic Optometry license in both Maryland and Delaware.

In addition to her qualifications, Dr. Boss is a member of the American Optometric Association, the Maryland Board of Optometry, the Delaware Board of Optometry, the American Academy of Optometry, the Optometric Retina Society, and Vision USA. She has also served as president of the South Central Optometric Association, and was nominated for appointment to the Maryland Board of Examiners in Optometry. Additionally, she is the optometric consultant the pharmaceutical company, GlaxoSmithKline. Prior to joining Chesapeake Eye Center, she spent 16 years on the Eastern Shore practicing general optometry, as well as specializing in pediatric eye care and treating complex neurologic conditions related conditions linked to eye symptoms. In her experience, she finds that carefully and compassionately communicating with patients is a key component to providing exceptional patient care.

Outside of work, Dr. Boss values spending time with her family and friends, and enjoys a variety of activities including kayaking, horseback riding, hiking, and hang-gliding. She is particularly fond of exploring state and national parks, such as Assateague Island. Beyond her love of the outdoors, she is also an active member of her community through volunteering and other leadership roles. Dr. Boss has two children, a daughter in college and a son in high school. Overall, she loves being part of the Eastern Shore community, and looks forward to meeting you!